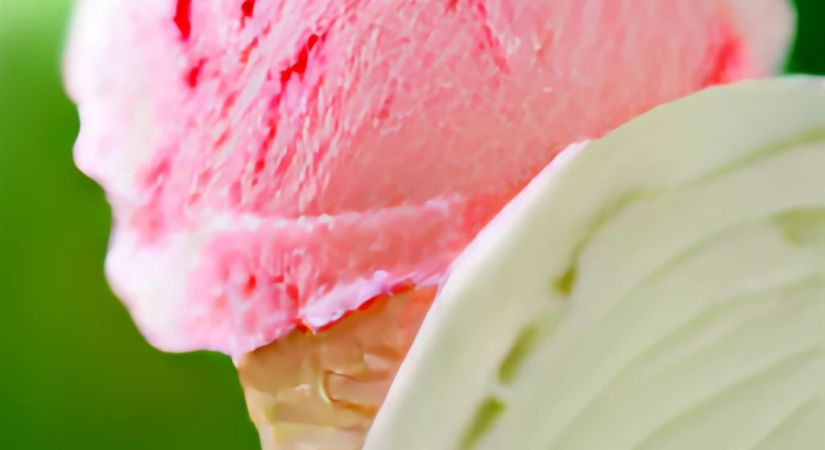 Vegan ice cream is a type of frozen dessert that is made without any animal products, such as milk, cream, eggs, or honey. Instead, it is typically made with plant-based ingredients, such as soy milk, almond milk, coconut milk, or oat milk, as well as other ingredients like sugar, fruit, and various flavorings. It can be enjoyed just as regular ice cream and is suitable for vegans and people who are lactose intolerant.

If you’re looking for other vegan snacks you can try this vegan snack button to randomly select a vegan snack.

Some vegan ice cream may be gluten-free, while others may not be. It depends on the specific ingredients used in the recipe. Many vegan ice creams are made with ingredients that are naturally gluten-free, such as coconut milk, almond milk, or soy milk. However, some brands may use gluten-containing ingredients, such as oats that have been processed in a facility that also processes wheat, barley, or rye. Therefore, it’s always recommended to check the label or ask the manufacturer to confirm if the vegan ice cream is gluten-free.

What are some vegan ice cream brands?

There are many brands that offer vegan ice cream options. Some popular brands include:

This is not an exhaustive list, there are many other brands that offer vegan ice cream options, and more are emerging as the demand for plant-based options increases.

What is JD’s Vegan Ice Cream?

Jermaine Dupri, is an American rapper, songwriter, and record producer, and has ventured into the vegan ice cream space with his brand called JD’s Vegan. It is a brand owned by Big Innovations Group Inc. and JD Vegan ice cream has a exclusive deal with Wal-mart.

JD’s Vegan ice cream comes in several flavors including apple butter, cookies and cream, chocolate my way, strawberry sweetheart, key lime pie, and “welcome to Atlanta, peach cobbler”. As a Georgia Tech alum, I am all too familiar with peach cobbler and I think there is no one better than Jermaine Dupri to have a peach cobbler flavored vegan ice cream. That is an very specific niche, and I’m a little bit surprised that this rap mogul has gotten into vegan ice cream, but more power to him. I just hope he decides to put up a whole bunch of vegan ice cream vending machines across Atlanta (and the rest of the US).

Ben & Jerry’s is a well-known brand of ice cream that offers a variety of flavors. As of 2021, Ben & Jerry’s has a line of non-dairy ice cream, made with almond milk that is vegan. They have a variety of flavors such as Chocolate Fudge Brownie, P.B. & Cookies, and Chunky Monkey, among others. They use a variety of ingredients such as nuts, fruits and chocolate to create unique and delicious flavors. They also continue to expand their non-dairy line and are constantly developing new flavors. It’s always a good idea to check the package or the Ben & Jerry’s website for the most up-to-date information on their vegan options.

Sugar-free vegan ice cream is a type of frozen dessert that is made without any animal products and without any added sugar. Instead, it is typically sweetened with natural sweeteners such as stevia, erythritol, or xylitol. Some brands also use alternative sweeteners like dates, maple syrup, or agave nectar. Some popular brands that offer sugar-free vegan ice cream include So Delicious, Arctic Zero, and NadaMoo! Some small-scale producers also offer sugar-free vegan ice cream. It is worth noting that sugar-free does not always mean calorie-free, so it is always important to check the nutrition information and ingredients list on the packaging. Additionally, some people may find that sweeteners like stevia or erythritol have a slightly different taste than sugar, so it’s a matter of personal preference.

Baskin-Robbins is a well-known global chain of ice cream and cake specialty shops. As of 2021, Baskin-Robbins did not offer any vegan ice cream options. However, they did offer some non-dairy ice cream options, such as sorbets, which are made with fruit and do not contain any dairy. They also have a line of frozen treats called “non-dairy indulgences” that are made with almond milk. However, it’s worth to check with the store or their website, as some stores or locations might have started offering vegan options or test them in certain regions.

Cold Stone Creamery is a chain of ice cream parlors that serves customized ice cream and other frozen desserts. As of 2021, Cold Stone Creamery did not offer any vegan ice cream options. However, they did offer some non-dairy ice cream options, such as sorbets, which are made with fruit and do not contain any dairy. They also have a line of frozen treats called “non-dairy indulgences” that are made with almond milk. However, it’s worth to check with the store or their website, as some stores or locations might have started offering vegan options or test them in certain regions.

A Vegan Ice Cream Recipe You Can Make at Home

There are many ways to make vegan ice cream at home, but one easy recipe you can try is:

Note: If you don’t have an ice cream maker, you can also make this recipe using the “no churn” method by freezing the mixture in a loaf pan and stirring it every 30 minutes for about 2-3 hours until it reaches the desired consistency.

This is a basic recipe and you can experiment with different types of plant-based milks, sweeteners and add-ins to find the combination that you like best.

A vegan ice cream cake is a type of frozen dessert that is made without any animal products. It is typically made with a crust made of crushed cookies or graham crackers, layered with vegan ice cream, and topped with a variety of toppings such as fruits, chocolate, nuts or other vegan-friendly ingredients.

Here’s a basic recipe you can try:

You can use different types of vegan ice cream and experiment with different crusts and toppings to suit your taste. 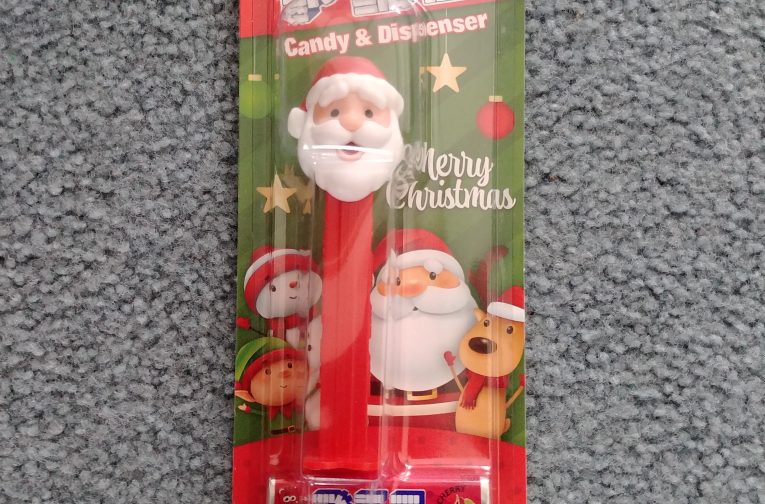 Pez Candy dispensers and refills are a great inexpensive present for kids and adults alike. They’ve become popular because of the variety of dispensers that are available ... 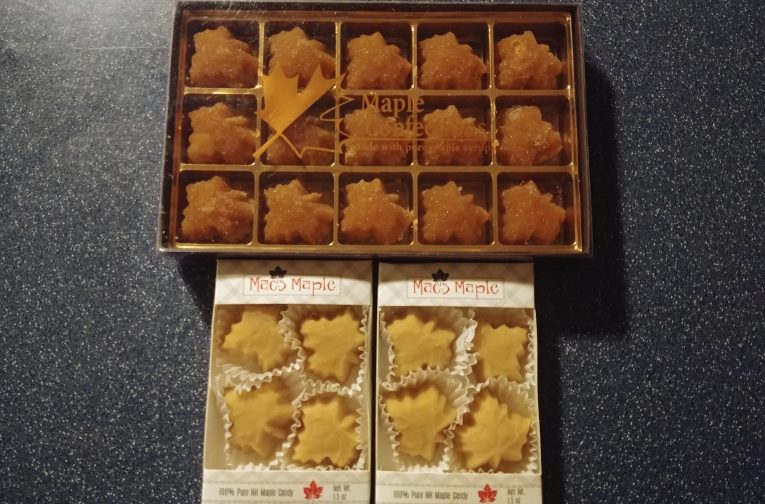 Vermont maple sugar candy is a treat that goes hand in hand with autumn. When the leaves start to turn, I turn to maple products (even if they’re from New Hampshire or Can... 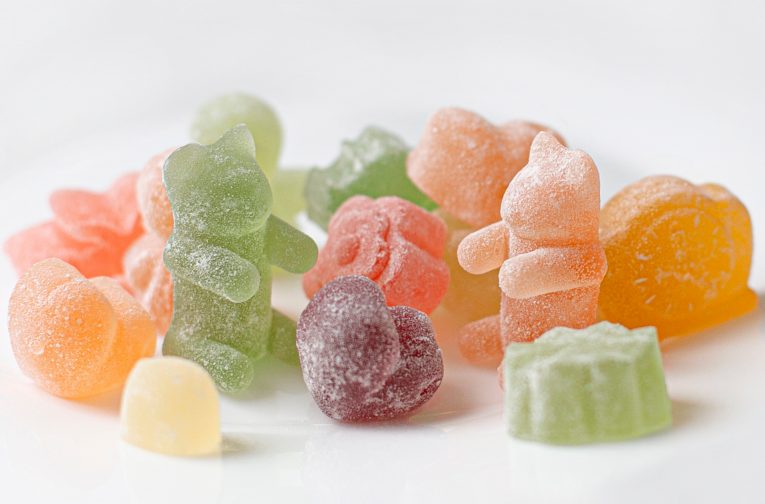 The Ultimate Guide to Fruit Snacks

Fruit snacks are small, bite-sized snacks that are typically made with fruit juice or puree and are often shaped and flavored to resemble popular fruits such as apples, grapes, ...
X
View Details